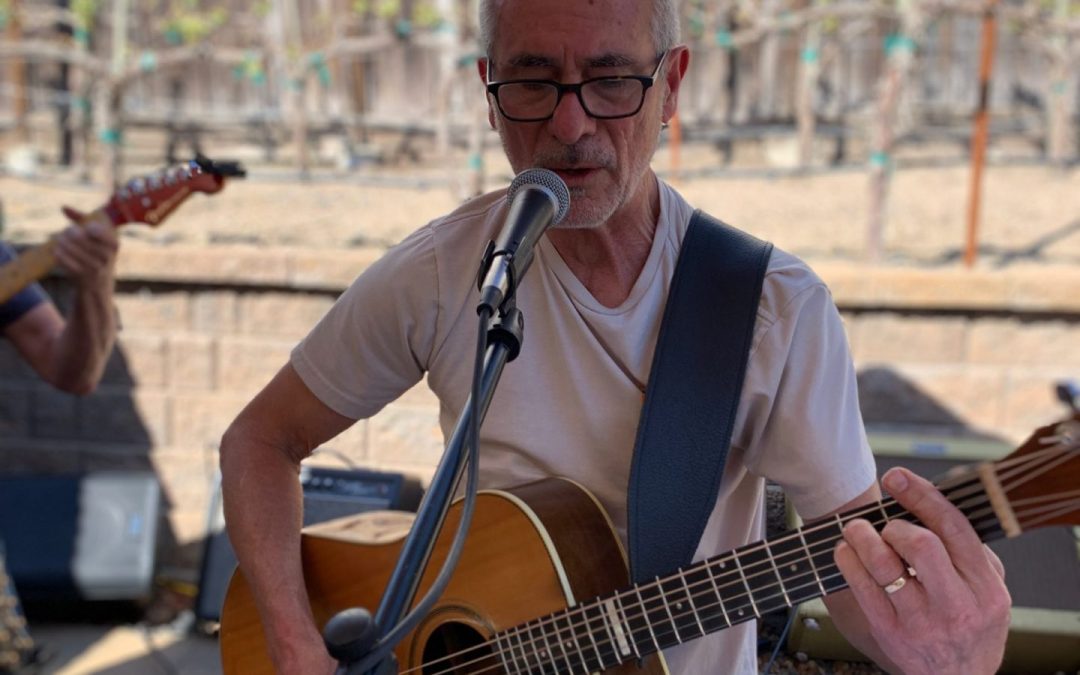 Steve Tellez knows country music. He has represented some of Nashville’s most acclaimed artists such as Reba McEntire, Tim McGraw, Barbara Mandrell and a young Taylor Swift. After a distinguished career working for the Creative Arts Agency and living in Los Angeles for the last forty years, Tellez and his wife, Kirsten, decided to purchase forty acres of raw land on Pine Mountain in Cloverdale. In 2016 they began building a house in the middle of a twenty-one acre Cabernet Sauvignon vineyard overlooking the town of Cloverdale. When completed, the couple quit their jobs and permanently moved to Cloverdale.

Appreciating the small town feel and service-minded people, the pair were eager to join local civic and charitable boards. Kirsten is the Director of Development for Alexander Valley Health Care. Steve, a self-taught acoustic guitar and drum-playing-musician with vocal and recording skills, found local artists who happily joined him in weekly jamming sessions which soon blossomed into a trio of eclectic bands.

The duo of Tellez and Jones (Kathy), who frequently entertain at local coffee houses and wineries, liken their music’s mellow style to the sixties’ tunes of James Taylor, the spirit of Badfinger’s rock and the honky tonk of Dwight Yoakam.

“Country music is not as simple as people think. It’s very intricate with many parts to it, and it has to be played and sung with emotion.” Tellez adds, “I’m up for the challenge!” A third band, Dry Creek Station, is a nod to the vibrant country music scene of the eighties and nineties.

“There is music everywhere in Cloverdale. If people don’t already know it, Cloverdale is rich with talent.” says Tellez who is President of the Cloverdale Arts Alliance where Blues Night, Americana Night, Jazz Night and a Beatles’ Workshop are regular features.

Dry Creek Station rocked the opening act at the Alexander Valley Film Festival on April 29 belting out “Honky Tonk Man,” to a country music-loving crowd. “We can make the planet a little better and music can help do that.” Tellez
enthusiastically says.