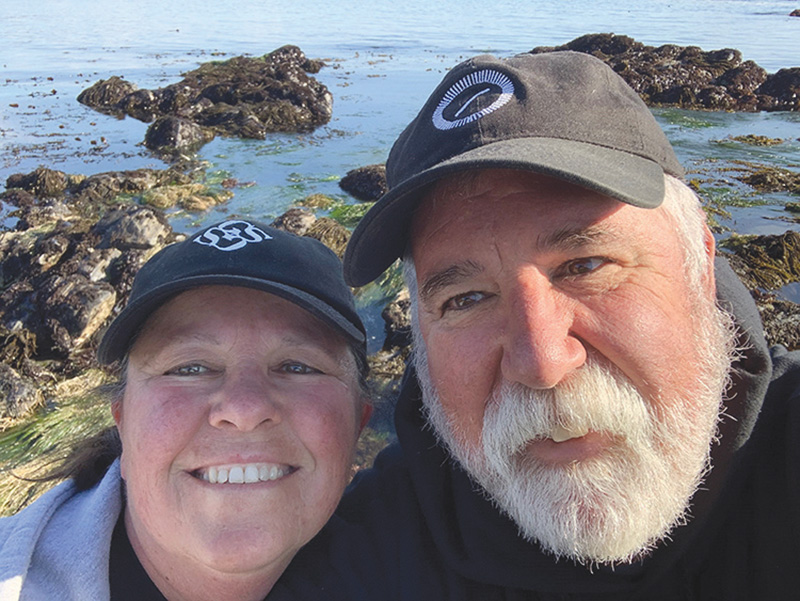 For those that believe in “Love at First Sight”, this is an adventure that began over 41 years ago on a scuba diving excursion in Southern California. “Ron asked me to marry him the first night we met in 1980” states Jane. They married one year
later and the rest is history! The Pavelka’s are now celebrating their 40th wedding anniversary. They have traveled the globe, love to fish, hike, scuba dive & forage for wild edibles. In 1984 they moved to Sonoma County, raised 2 children and became part of the fabric of beautiful Cloverdale.